What is Power Yoga ? 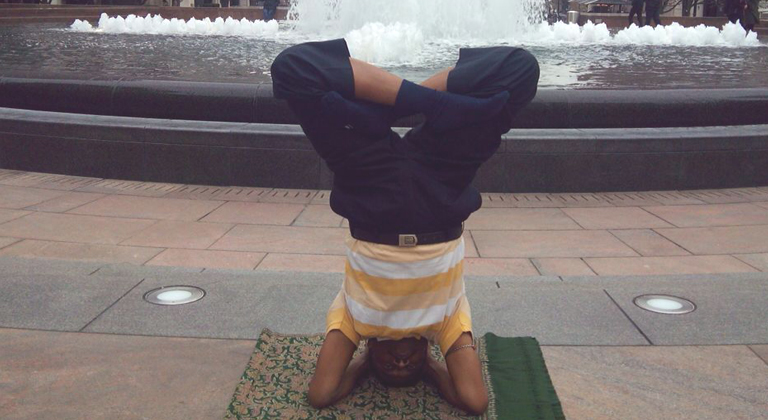 What is Power Yoga ?

Everyone wants to stay fit and healthy. And, there are different workout programs for achieving the different fitness goals. Today, Yoga has become a very popular workout regimen throughout the world. This ancient Indian technique has many aspects - physical exercise, meditation and breathing techniques. Yoga has many forms and one particular Yoga form that has become very popular in the recent past is the 'Power Yoga'. The word 'Power' in this phrase refers to the intensity it involves. Actually, the name of this form of yoga was coined in the west. This particular yoga has a vigorous, fitness-based approach that consist parts of the 'Vinyasa Yoga', and 'Ashtanga Yoga'. There are many benefits of Power Yoga poses. This a wide range of Power Yoga postures and exercises. It grew popular in the mid 1990s, when the American Yoga teachers were thinking of making the Yoga practice more accessible to the western people. This yoga form is different from the other forms of Yoga in many ways. This yoga does not involve a series of poses unlike the other popular yoga forms - variety is the main important thing that differ it from the rest of the Yoga. All the major Yoga forms follow a particular sequence, but this yoga form works with free-flowing Power Yoga poses and it works for increasing the stamina and flexibility. Although, there are many differences, but this yoga also emphasize on strength and flexibility of the body like the other forms. The Power Yoga became hugely popular in America and people started practicing it in the Gyms. This American form of Yoga is a mix of the traditional forms, exercises and postures. The different Power Yoga Poses makes it a very challenging workout that put your physical, mental and emotional abilities to the limits and helps you connect with your inner persona. It is an examination of the physical abilities and concentration power of an individual. The Power Yoga Postures increase the physical endurance and mental ability of a person to focus on a task continuously without breaking their concentration. People are very hassled, worried and quite tensed up in this day and age. The worldwide recession and the rigors of modern living leave little space for people who seemingly have no time to spend for themselves and their families. This is one reason why so many people are looking out for avenues to start and maintain fitness regimes which they can identify with. In this age of extreme utilitarianism, it is quite true that people want the best that they can get and what better way to do this than to take up an exercise regime that relaxes the mind and also trains the body. Power Yoga is one such fitness form that is all the rage in this day and age. Lots of people are making it a point to take up Power Yoga in order to bring that extra zing into their lives. Yoga, as most people know is an ancient Indian fitness form which has a religious Hindu connection as it was practiced by the sages and the saints in the Himalayas. Yoga consists of certain postures or 'asanas' which are designed to afford a great deal of stretching and meditation based exercises that help in conditioning and relaxing the body. A lot of people get a sense of calmness by practicing Yoga. Power Yoga has the added feature that it combines traditional Yoga with flexibility and aerobic training routines. In a sense, it combines the best of both worlds as people can get mentally fit and alert, while also buring away those calories and losing those extra pounds.